Phycocyanin, the blue gold that has perfected over 3 billion years. 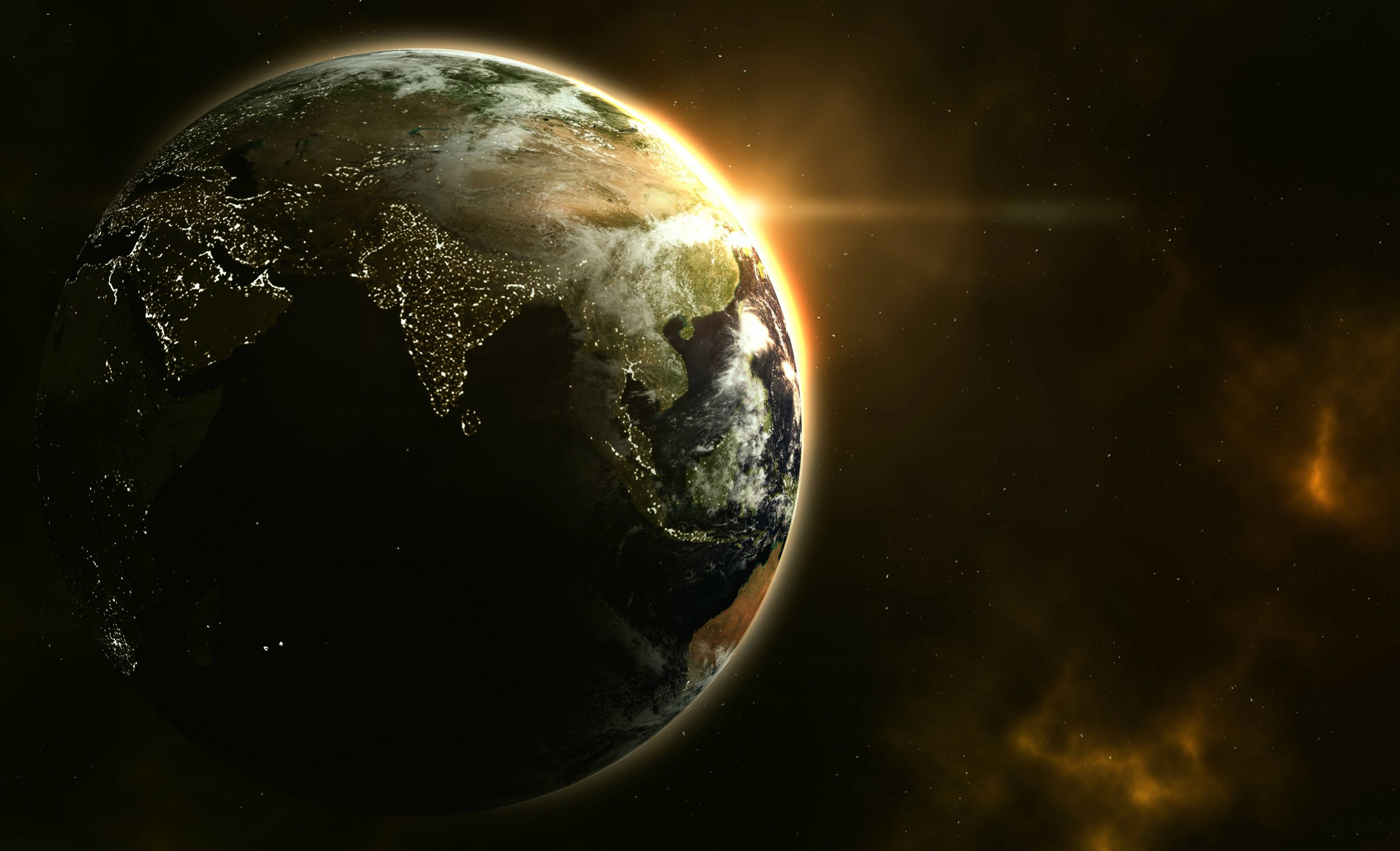 We all know about phycocyanin, but do we know its origin and primary function?

A little return to the origins of life on Earth to discover this fascinating molecule!

It is in the Precambrian era that the history of phycocyanin begins. About 4 billion years ago, the Earth’s atmosphere, mainly composed of volcanic gases, was made up largely of water vapor (over 80%), carbon dioxide, hydrogen sulfide, and sulfur dioxide. Following cooling, a large part of this water condenses to form the oceans where bacteria come to life. Due to the absence of oxygen, the primitive forms of these bacteria use fermentation to obtain energy from organic matter available for food.

Then, about 3 billion years ago, with the decrease in organic substrates available for fermentation, a class of bacteria capable of producing their own energy emerges. They are autotrophic bacteria. They then use another source of energy, light, which they convert into chemical energy to reduce carbon dioxide to glucose. We can then see the appearance of a category of photosynthetic bacteria, cyanobacteria, which use water as a source of electrons. During this reaction, the oxygen in the water molecule is released and it is it, over the millennia, that shaped the atmosphere and aerobic life on Earth as we know it today. 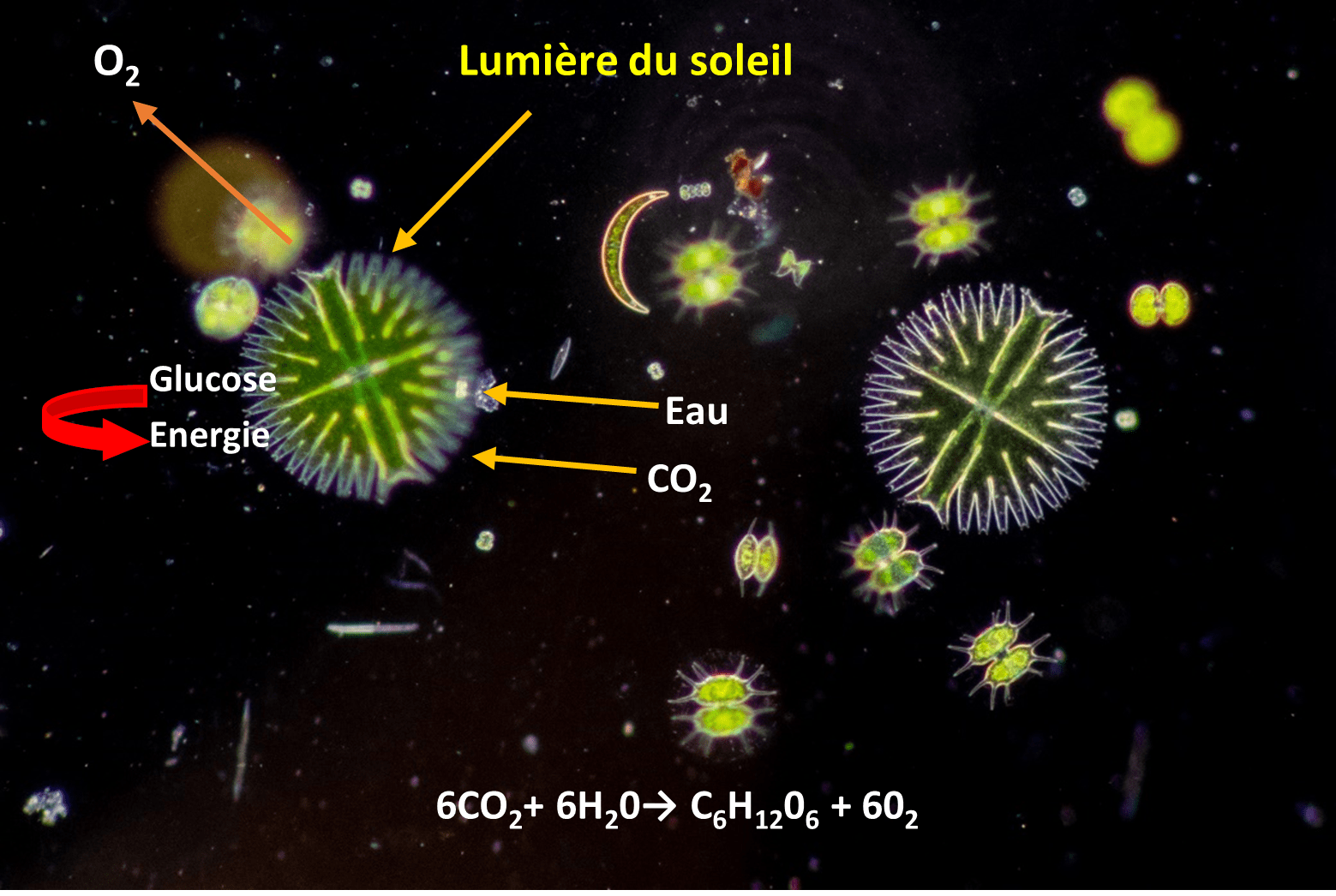 To capture the sun’s energy, cyanobacteria use chlorophyll, this green pigment found in all plant forms. However, chlorophyll only absorbs light energy in the blue and red of the light spectrum. To absorb light energy more efficiently and over a wider range of waves, cyanobacteria then develop special pigments, called accessory pigments, which will capture energy at other wavelengths, thus complementing the action of chlorophyll. All this with the ultimate objective of the survival of cyanobacteria through the use of various resources, which will allow them to coexist with other species in the same environment.

There are several types of accessory pigments which differ in their absorption wavelengths, their selectivity having been strongly influenced by the environment in which the cyanobacteria lived. 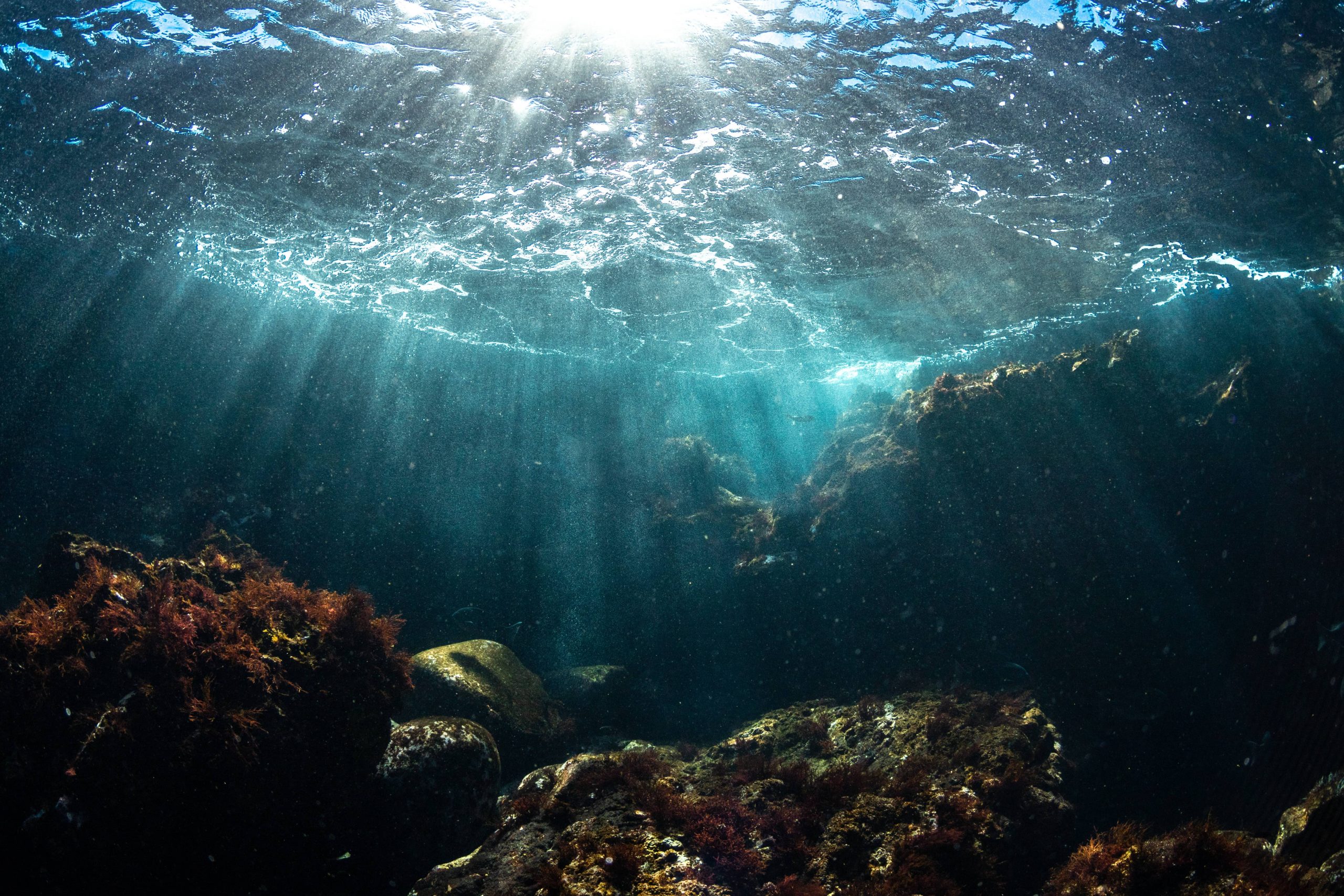 Thus cyanobacteria, and other aquatic plants / algae for that matter, living in oceanic waters have pigments that capture blue light (for example divinyl-chlorophyll a and b), those living in shallower waters have developed pigments capable of capturing green light better (e.g. phycoerythrin) and those living in more turbid, shallow waters use pigments that capture red and orange light more effectively (e.g. phycocyanin ). Spirulina, living in brackish and alkaline lakes, is therefore endowed with phycocyanin in order to better capture sunlight and thus make a permanent, and perhaps dominant, place in this aquatic environment.

Phycocyanin is therefore the result of an evolution and an adaptation shaped slowly but surely since the dawn of time … If we add to this the fact that the phycocyanin molecule has a very strong biological resemblance to hemoglobin, and that Nature does not make a coincidence, there is only one ‘step’ left to imagine all that this molecule could bring useful and beneficial to Man.

This is what lies behind our statement: ‘Three billion years of biological evolution for you every day’.